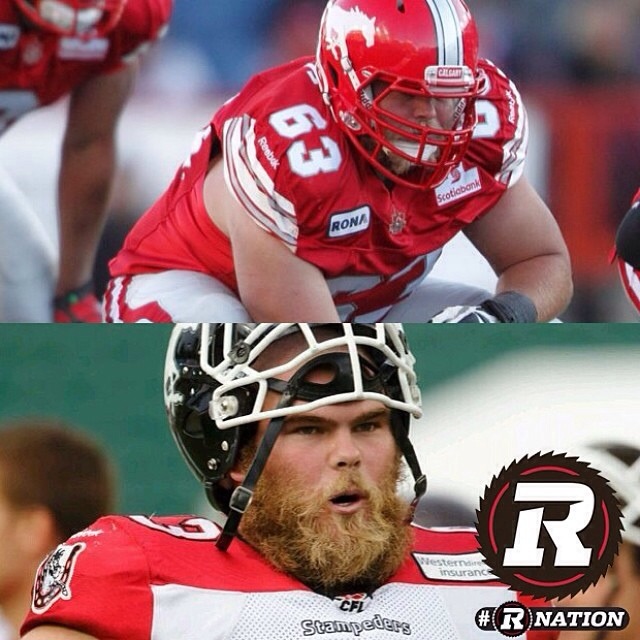 On Tuesday night the Redblacks threw the media and their fans a curveball half an hour before the draft when they traded their first ever 1st overall pick and the rights to recently retired OL Marwan Hage to the Calgary Stampeders for 28-year-old divisional all star OL Jon Gott. Last season, Gott played 15 games for the Stamps, 14 at guard and one at centre. Redblacks GM Desjardins justified the move saying:

“Trading for Jon Gott was by far a better option for us than making the first overall selection. Our coaching staff is familiar with Jon as a player and as a person, so we know he’ll be a strong performer and a good teammate. Jon has proven himself to be a reliable, responsible and durable CFL player and we’re happy to have him in the REDBLACKS organization.”

Some people were a bit miffed by the move, but as noted by one of the funniest CFL accounts on twitter:

In all seriousness though, while it would’ve been fun to watch Lavertu blossom into a starter and pancake guys for the next decade, Gott addresses an immediate need and will start from Day One. He’s an experienced all-star with a number of playoff games (including a Grey Cup win) under his belt. Not to mention he’s got the best beard in the league. 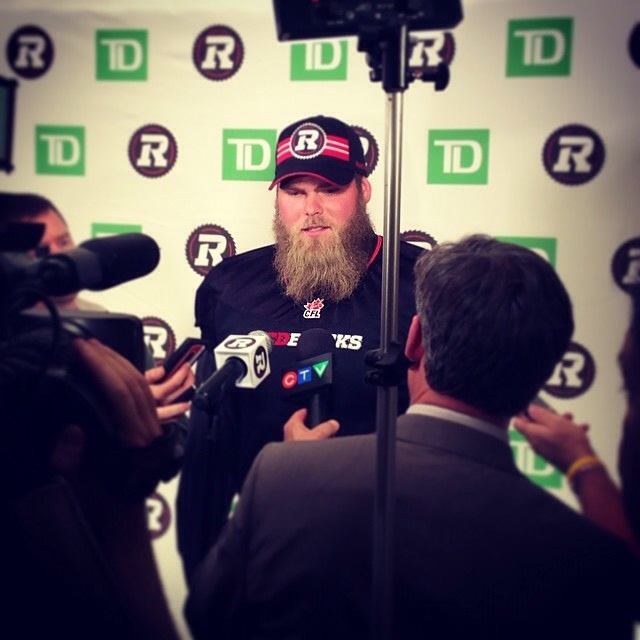 Also for those worried about Hage getting traded back to the Ticats and suddenly unretiring, we’d at least get a conditional pick from the Stamps.

It’s interesting to note that Gott was in Ottawa during the draft, which may mean that this deal was done days ago.

The RedBlacks Jon Gott is at the Marriott in Ottawa so deal was done days ago. Desjardins doesn’t let things leak!

While R-Nation was settling in to wait for the second round Desjardins got rid of a major headache and traded back into the 1st round by dealing QB Kevin Glenn to BC for the Lions’ #5 overall pick.

That pick and the 10th overall selection were promptly flipped to the Montréal Alouettes for the 4th (and 13th) pick, which was used to select DB Antoine Pruneau. Pruneau was the top ranked DB in the draft and thought by some to be the best all-around football player available. He immediately improves Ottawa’s secondary as he’s an effective player who can play safety or corner. 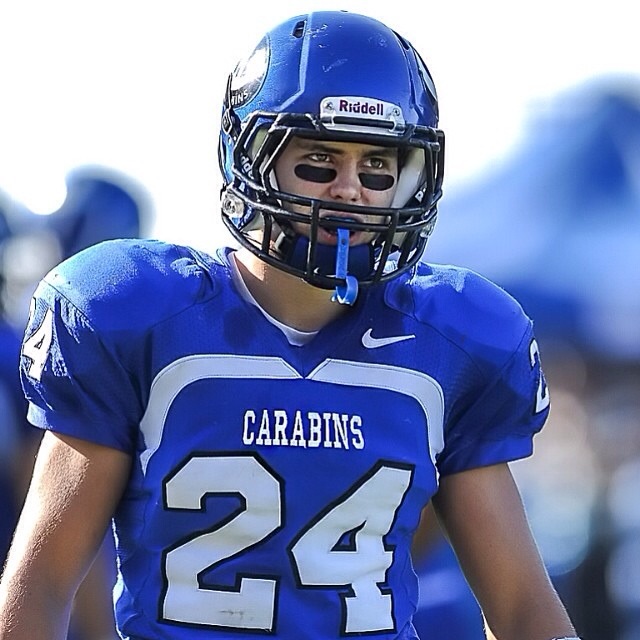 Managing to trade back into the 1st round at the cost of a disgruntled backup QB can’t be seen as anything other than a coup by Desjardins. I can’t wait to hear R-Nation give Glenn the welcome he deserves when the Lions visit TD Place.

See ya soon Glenn! At least we’ll always have the expansion draft!

Best of the rest:

– With the 13th pick, the Redblacks selected WR Scott MacDonell, a 6 foot 5 inch 230 pound playmaker. He figures to be a depth player at this point but could blossom into a serious threat.

– DL Stephon Miller from Windsor came off the board at 46 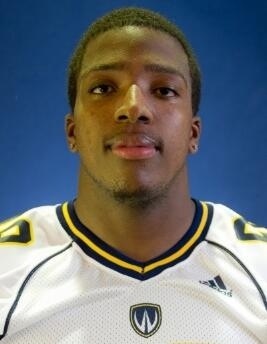 To sum up, the Redblacks made a real splash in their first-ever CFL Canadian Draft, with three trades in the first round, adding an all-star in Gott and a blue-chip prospect in Pruneau who can step in and play meaningful snaps right away. At the same time Desjardins was able to flip depreciating assets Hage and Glenn for a positive return. The Redblacks draft focused on the trenches as they needed to build Canadian depth. And while they can’t sit comfortably yet, they’ve put in place a solid foundation.

Congrats to the Ottawa @REDBLACKS on all their draft day moves! Ottawa is about to become a football-crazy town. #RNation #CFLDraft

In addition to today’s trades and picks, it’s worth remembering that the Redblacks participated in the CFL’s 2013 draft, selecting four Canadian NCAA redshirt juniors (i.e. players still having a year of NCAA eligibility remaining) at the end of each of the first four rounds. With those picks the Redblacks selected Nolan MacMillan (OL), Connor “The Barbarian” Williams (DE), Kalonji Kashama (DE) and Tyler Digby (TE). These players are now all available to join the Redblacks for their inaugural training camp at the start of next month, though they may not all be there.

While Kashama, MacMillan and Williams all went undrafted during last week’s NFL Draft, it looks like Kashama has received an invite to Detroit Lions rookie mini-camp and the others may yet get camp invites of their own. Redblacks GM Desjardins has indicated that he is willing to be patient with his 2013 picks, saying:

“It’s the NFL dream, you can’t force your will on them. We anticipate if the process has run its course, they’ll probably be relatively eager to sign with us. We haven’t gotten into any serious dollar discussions with anybody. It’s not to that point yet.”

The true wildcard of this group though is Vancouver Stealth’s lacrosse forward Tyler Digby. Since being drafted by the Redblacks, Digby was selected 20th overall in the National Lacrosse League draft and has enjoyed an impressive rookie season, scoring 22 goals and 58 points in 18 games. The Stealth are expecting Digby back next year and it’s not known if the Redblacks would be willing to let him be to a two-sport athlete. Things get even more complicated when you factor in that Digby’s natural position is TE, one rarely used by most CFL teams.

As training camp draws near, the Redblacks are better now than they were yesterday and if they can get one or two of their 2013 picks signed in time for camp it would be the cherry on top of a successful 2014 draft.

2 thoughts on “Recap of the Ottawa Redblacks 2014 Draft”