Jeff discusses the start of the 2019 USports football season and the outlook for the Carleton Ravens. He also talks brotherly love in Ottawa’s CFL history. Fittingly, this week’s guest is former Raven and current Ottawa Redblacks DL Kene Onyeka, whose brother Godfrey is a DB in Edmonton and cousin Nakas a LB for Toronto.

Our man @NevillCarney – he of several Ottawa Redblacks-related exploits – has an idea for the Redblacks home (black) helmets heading into the 2015 season. Have a read and vote below to let us know what you think!

With all the free agent signings last week, it really looks like the RedBlacks will see a drastic improvement in Year 2.

Another area I feel the team can improve is their look on the field. As I have indicated earlier on Defend the R, I haven’t been the biggest fan of their current look.

Realizing that their jerseys can’t change after a mere season (the uniform manufacturer, Reebok, apparently likes to keep the same set for a minimum of 2-3 years before changes are made), I offer the suggestion that they improve the helmet design and add more red; something that is in the hands of the Ottawa equipment managers rather than Reebok.

Ideally, with training camp right around the corner, I would love to spread the word and see if this can’t reach the @RedBlacks directly.

With them having their locker room sale for all of last year’s game-worn gear, they will be preparing to order 2015’s inventory soon.

Maybe we can catch them at the right time! What say you, Ottawa? Yay or Nay? 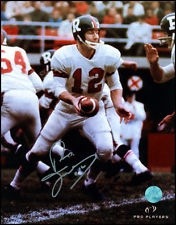 In spite of what people think about ‘Redblacks’ as the name for our new CFL team (I’m personally not a huge fan, although it has definitely grown on me), the marketing folks at Ottawa Sports & Entertainment Group have done a nice job in creating a meaningful moniker for the fan base – R Nation (check out #RNation discussion right now on Twitter)

At first glance, it seems too simple, even lazy. (“Yeah, yeah, Redblacks starts with an ‘R’ and you added ‘Nation’. Great…”) But here’s why I think it might just be a little bit of genius:

A link to the past
There is nothing more emblematic of the proud football history in Ottawa than the white ‘R’ that has adorned the helmets of those great Rough Rider teams of the 1960s & 70s, teams that created some of the greatest sporting memories in this city’s history. Not to mention hats & other gear worn by legendary coaches like Frank Clair (below) and Jack Gotta. 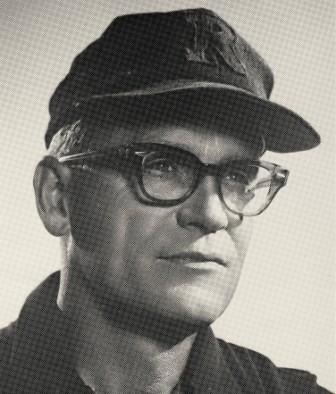 Yes, we’re not the Rough Riders (two words) anymore. And there are a lot of good reasons, frankly, to let that name die. The last couple decades of that franchise’s existence are better forgotten (perhaps it’s no coincidence that the ‘R’ logo was missing in those last few agonizing years of the Rough Riders existence, not to mention the entire 4 years the Renegades were around). But we’re still Ottawa football and the ‘R’ logo is held in very high regard by those who remember the heydays. This is tradition worth maintaining and honouring.

The ‘R’ is also a great way to create a linkage between the players and the fans of the Rough Riders, Renegades and now the Redblacks.

The Nation’s Capital
Besides team history, R Nation is a clever double-entendre, i.e. “Our Nation”. A great slogan for the team in the capital of Canada’s only true professional sports league. Fits very nicely with the CFL’s “This is our league” slogan, too. And isn’t it a pretty neat thing to be able to say “Welcome to R Nation” to CFL rookies from the US? Oozing with pride & nationalism.

In just a few short weeks, the #RNation name has really been embraced by the budding Redblacks fan base. I must admit it is also part of the inspiration for the name of this humble blog. Again, credit to OSEG and the Redblacks for recognizing these linkages to the past and how important it is to incorporate this rich history into the identity of the new team. They get it.

The R Nation nickname has also been met with some surprising bitterness/anger from Saskatchewan fans who believe it to be too similar to their #ridernation fan base nickname. A little misguided, however, as this is not about them. The Rider name is their’s. But the ‘R’ belongs to Ottawa.