A week-and-a-half into training camp and just a couple days away from their first game in franchise history (albeit of the pre-season persuasion), it is a busy time in Ottawa Redblacks land. Here’s a quick look at what’s been going down:

Players strike averted… We’re pretty sure, anyway
After what has been a sometimes nasty PR battle between the Canadian Football League and it’s Players Association over their expired Collective Bargaining Agreement, a tentative deal was reached late on Saturday, June 7th. While a few CFL veterans took to Twitter to voice their displeasure with the proposed new CBA, which, among other things, includes a salary cap increase from $4,400,000 to $5,000,000 per team, the expectation is that the deal will be ratified by the players by the weekend.

Tough situation for the players. While they no doubt deserve their fair share, the CFL hasn’t exactly been a cash cow over the years, with several owners funding years worth of losses in the name of community stewardship. That said, with the roundly celebrated news of the CFL’s new TV deal with TSN, reportedly bringing each team an additional $2-3 million annually, the players had to be hoping for a bigger slice of the pie.

Turf laid at TD Place
With nearly 1,000 workers on site each day, things are happening pretty quickly down at Lansdowne. Within about a week’s time, the new field was first paved and then covered with brand new FieldTurf. Here are a few progress shots: 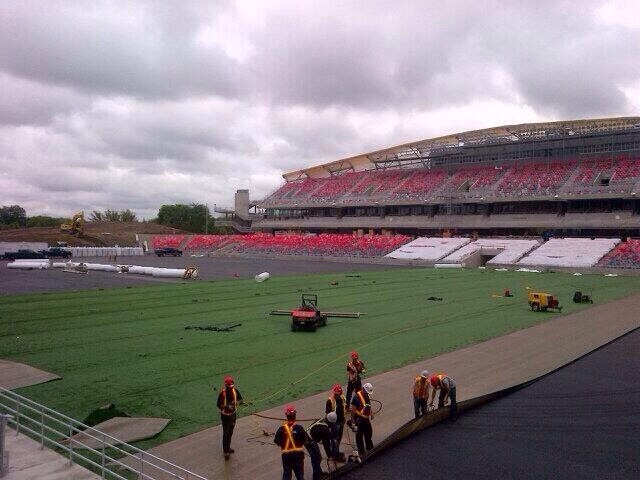 A thing of beauty.

For those that may not be aware, the turf OSEG purchased allows them to easily apply and remove painted lines, meaning that the Redblacks field and Fury FC pitch will be sport-specific.

Oh yeah – and we’re getting one heck of a big scoreboard!

For more on the forthcoming scoreboard, here’s our earlier piece.

Intrasquad game in Gatineau
As further proof of their dedication to developing the fan base on both sides of the river, le Rouge et Noir hosted their first-ever intrasquad game at Mont-Bleu Sports Complex in Gatineau on June 7th. Some 700-1,000 fans took in the glorified practise session, with players, staff and the cheer team hanging around afterwards for an autograph session. By all accounts, OSEG put on a great show. Some pics: 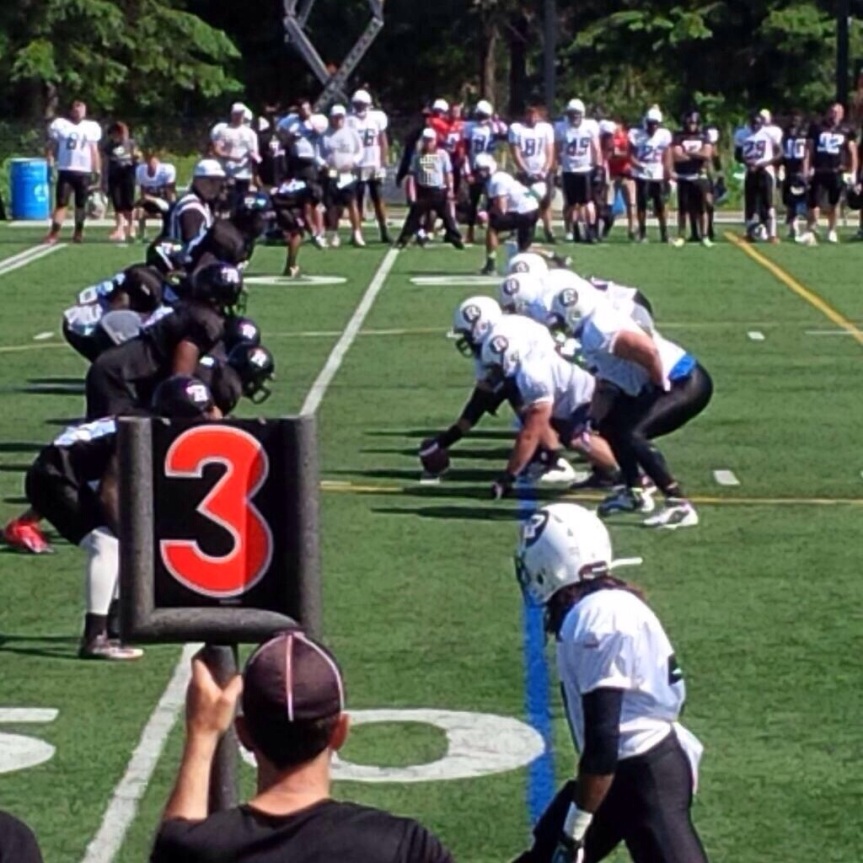 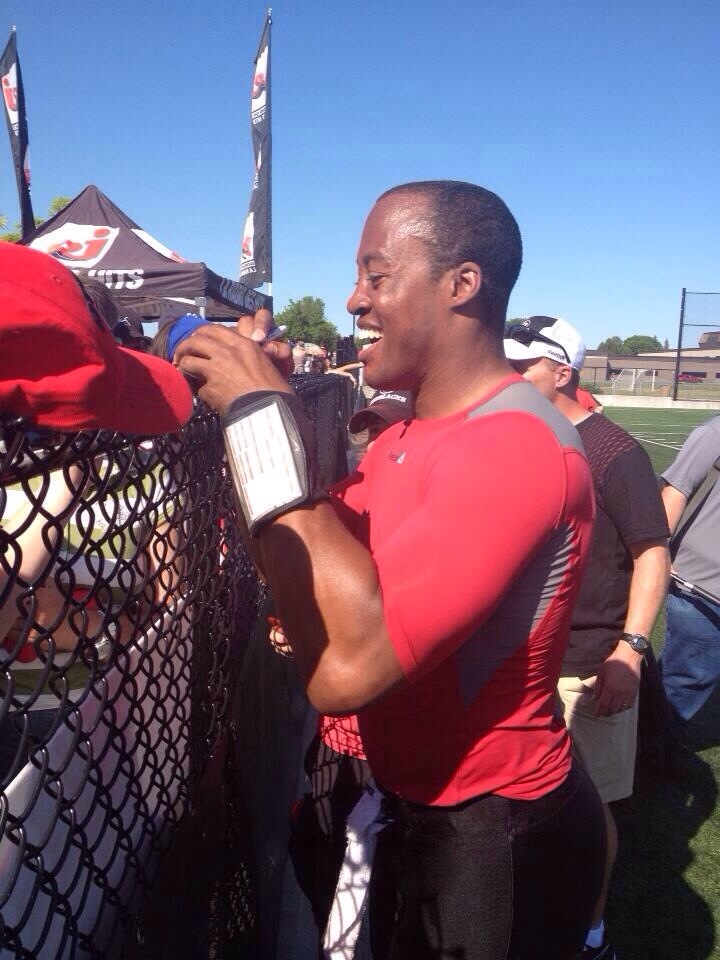 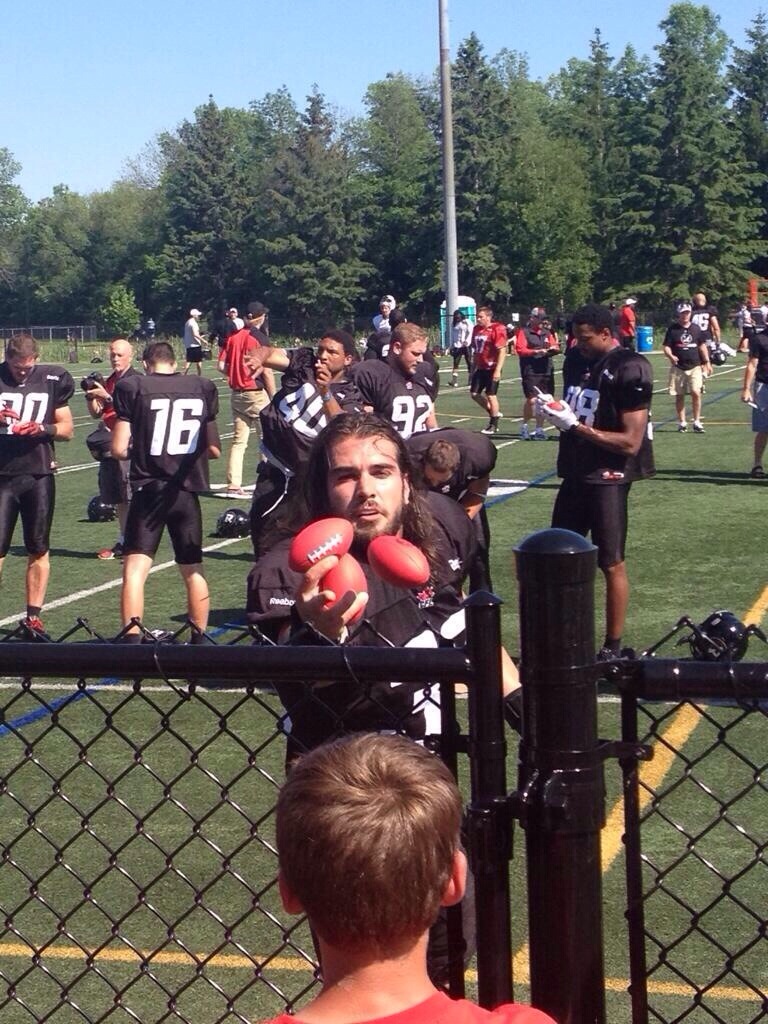 Player moves, injuries
As is to be expected, there have been a number of roster moves as camp has entered it’s 10th day. RB Jordan Roberts was a surprise early cut. QB Corey Leonard and DL Brandon Denson were also let go on Monday. Canadian DL Vincent Desloges was also technically released, but has a year of university eligibility remaining and will go back to Laval for one more year. QB Alex Carder has been added to the camp roster.

WR Fred Rouse was carted off the field on Tuesday with an apparent leg injury. No updates since about noon.

As a side note, would be nice for the team to announce these moves themselves on Twitter/Facebook, as opposed to having local media do it. Just a suggestion.

Here’s a link to the current roster.

Some interesting results from season ticket holder survey
This from an email sent to STHs.

Props to OSEG for sharing these results. 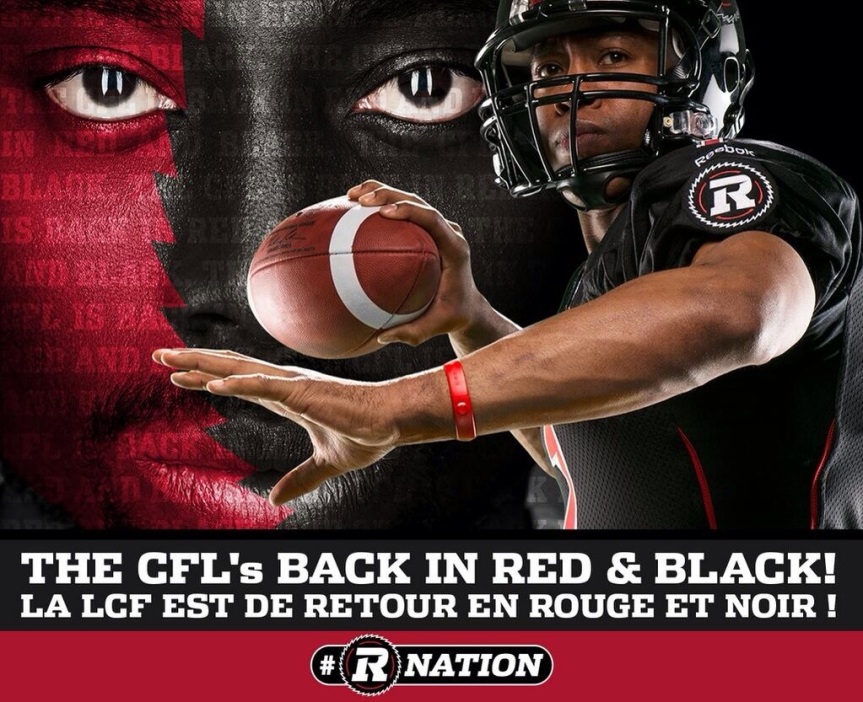