After thinking about it for a couple years, spending a few months putting concepts together and a little bit of teasing on social media, I’m happy to announce the launch of Defend the R gear on Teespring!

Put together a little FAQ to capture how I got here.

What gave you this idea?

I’ve always been fascinated by and drawn to fan base-specific and ultra-local stuff that teams do. Whether it’s a chant, a saying or an inside joke, this stuff is the glue that keeps a fan base together. In the case of Ottawa football, we’ve got over 140 years of history that deserves remembering, celebrating or mocking, as the case may be. So not only is this a way to capture my own memories, but hopefully a way to encourage any and all in #RNation to share their own bit of history.

Is any of this stuff licensed by the team or league?

So, doesn’t this take away money that could otherwise be going to the Redblacks directly?

I’m glad you asked. This is a very fair question and one I thought long and hard about. Let me start by saying I’m the kind of guy who would rather go up to the ticket window and pay full price for a ticket than buy from a scalper. I’ve happily bought an almost unhealthy amount of Redblacks gear since the team returned to the CFL. I’m a season-ticket holder that (currently) lives five hours out of town. Supporting the franchise matters to me in a big way.

So this little online t-shirt shop is not about taking anything away, but filling in the gaps. It’s giving the die-hard fans something that’s a little more personal; capturing those parts of Ottawa football that aren’t necessarily mainstream, have been forgotten or frankly just aren’t suitable for licensing.

Okaaaaay…. What else you got?

Well, besides this being a fun and creative venture, I will also be donating a significant portion of the proceeds to a great Ottawa charity. Not exactly sure who that will be at this point, but lots of worthy organizations I’d be happy to support in this small way.

Yep. And sizes S-4XL for most t-shirts.

I see Teespring is a US-based site. Any issues shipping to Canada?

Products are fulfilled in the US, but they absolutely ship to Canada. Just select Canada from the Shipping Info drop-down on the product page.

(By the way, @bRian5or6 uses Teespring for his Hotsam Batcho gear)

How often will you be releasing new designs?

You can expect a new design every couple weeks throughout the CFL season.

Are you open to suggestions? Can you arrange for custom orders?

Absolutely! Whether that’s improvements to existing designs or ideas for new ones, the goal is to have a collection of memories that speak to and accurately represent Ottawa football fans. And Teespring doesn’t need big numbers on this stuff, so a small run of custom tees can be done. Hit me up on Twitter, Facebook, Instagram or email if you want to discuss.

Alright, so with all that out of the way, I bring you the inaugural lineup of Defend the R t-shirts on Teespring!

Ottawa football has a long, storied history, filled with twists, turns – even a couple of dead-ends. Celebrate Ottawa’s 10 championships with this understated tee. 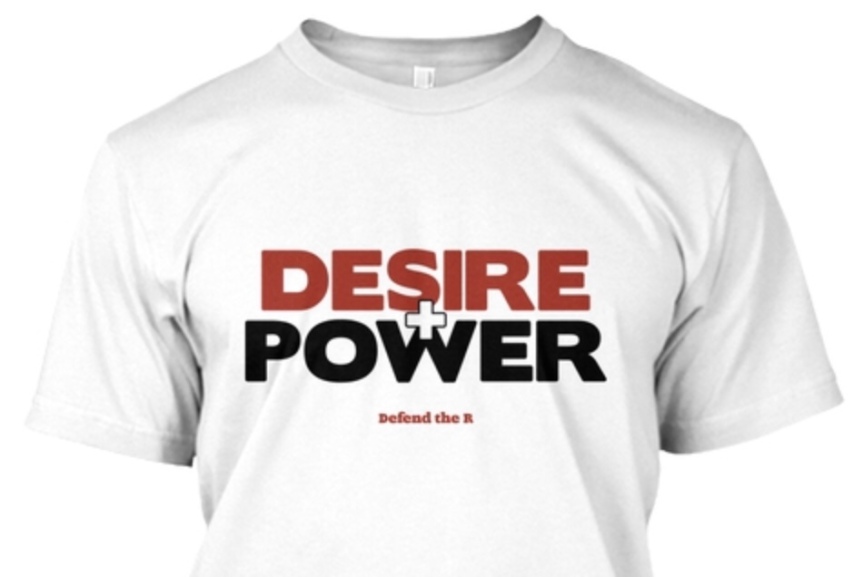 Red for desire, black for power. Show your Ottawa football pride with the ‘Desire + Power’ tee.

Pay tribute to the man who delivered Ottawa’s first football championship in 40 years with the ‘Thanks Hank’ t-shirt.

WE THE NORTH SIDE

The oft-maligned and ridiculed “better half” of the Ottawa football fan base. It’s all in good fun. But not really. Show your North Side pride with the ‘We The North Side’ tee.

Go to Twitter, Facebook or Instagram and tell us which of these four tees you like best by Retweeting/sharing our post(s). Winner will be randomly selected and will receive their choice of Defend the R t-shirt, shipped to your door. Open to Canada and US entrants only. Winner will be announced Friday, July 19, 2019 during the Redblacks-Bombers game.

Good luck and thanks for your support!