As we await the launch of the Redblacks’ new Adidas-designed uniforms for 2016, we thought this would be a great opportunity to “look ahead” to what Ottawa’s first throwback uniforms might look like. With 120 years of Rough Rider football to draw from, there are some great options to consider. In this short series, we’ll look at which year (or timeframe) we’d like to see remembered and why. Huge thanks to artist and CFL fan Nelson Hackewich for the concepts.

The Rough Riders won the East in 1976, putting together a 9-6-1 season. The team was led by All-Stars TE Tony Gabriel (who would also be named the league’s Most Outstanding Canadian), RB Art green and LB Mark Kosmos, as well as All-Eastern QB Tom Clements. 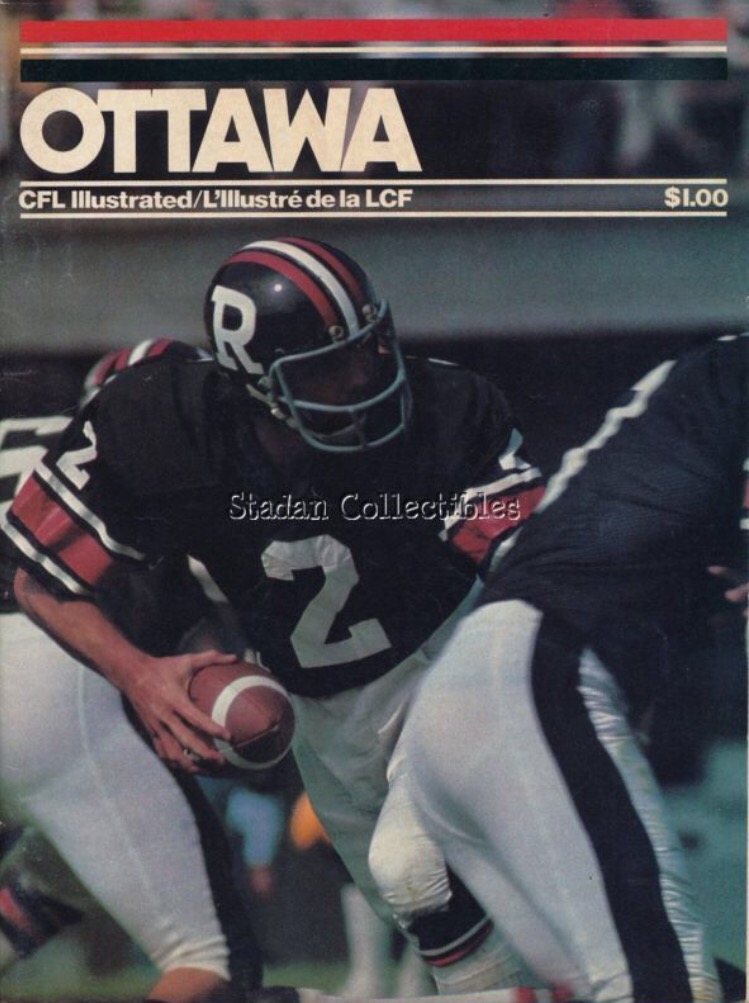 Ottawa faced Hamilton (8-8) in the East Final, winning a tightly-contested game 17-15 at Lansdowne Park to earn a berth into 64th Grey Cup. Held at Toronto’s Exhibition Place, the Canadian championship pitted Ottawa against their sort-of nickname counterparts from Regina (11-5). A back-and-forth affair, Saskatchewan held a 20-16 lead late in the 4th quarter. With just 31 seconds remaining, Clements called for “Rob I, fake 34, tight end flag” in the huddle (not the call he received from the bench, by the way) and hit a streaking Gabriel in the end zone for the game-winning touchdown. One of the iconic plays in CFL history, it is commonly referred to as “Clements to Gabriel” or simply “The Catch”. 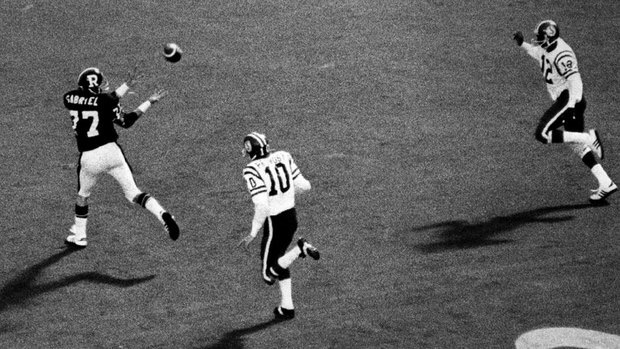 Watch it here. Goosebumps every time. 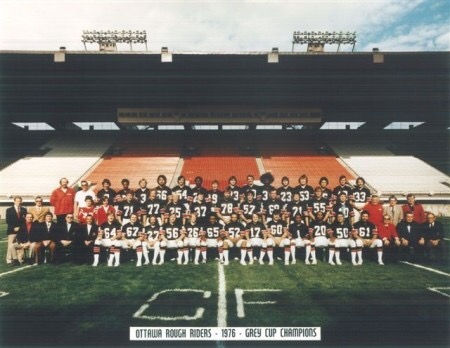 And with that, here’s Hackewich’s take on the 1976 Rough Riders uniforms:

One of the things we like best about (most of) the old Rough Riders uniforms is the simplicity. Nothing flashy, but a look that is timeless. The white jersey/red pant road uniform is a bold look with a very ’70s feel to it.

1976 was the first year the Rough Riders wore this jersey/pant combo, which they stuck with through the 1979 season.

As it is the uniform worn by the last Ottawa team to win the Grey Cup, have to think it is a front-runner for the first retro uniform to be worn by the Redblacks. Hopefully we won’t have to wait too much longer to find out. The 40th anniversary would be a great time to do it, wouldn’t it?