As we await Thursday’s launch of the Redblacks’ new Adidas-designed uniforms, we thought this would be a great opportunity to “look ahead” to what Ottawa’s first throwback uniforms might look like. With 120 years of Rough Rider football to draw from, there are definitely some great options to consider. In this short series (this is the third of three – part 1 here, part 2 here), we’ll look at which year (or timeframe) we’d like to see remembered and why. Huge thanks to artist and CFL fan Nelson Hackewich for the concepts.

We highlighted the many honours QB Russ Jackson won during his career in our last post. Other Rough Riders award-winners during this period include: 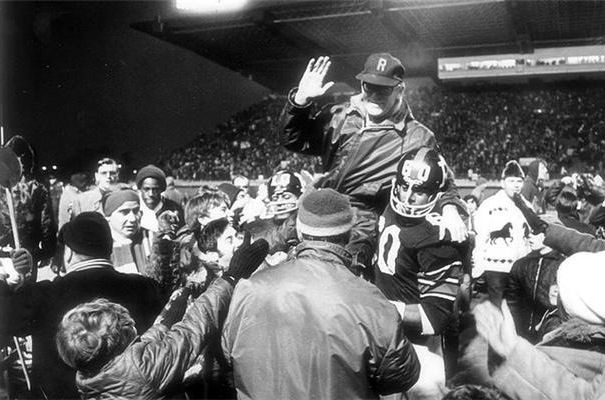 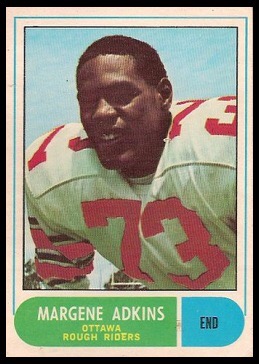 Following the 1969 Grey Cup, Jackson announced his retirement from the CFL, ending a legendary 12-year career. 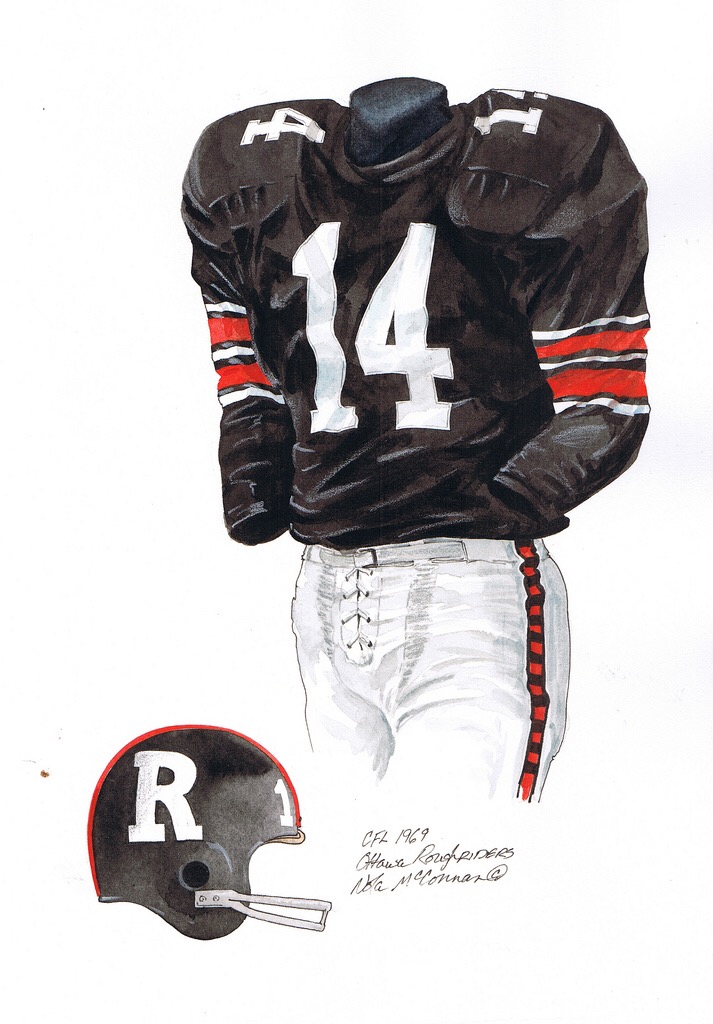 This uniform appears to have been worn from 1966 until 1973, but is synonymous with the 1969 team. It would indeed be fitting that this one be the first throwback used by the Redblacks, both as a representation of Ottawa’s CFL Golden Age and recognition of Jackson’s impact on the league.

EDIT (2:30pm): Forgot to include this photo of Tony Gabriel from the inaugural home opener in 2014: 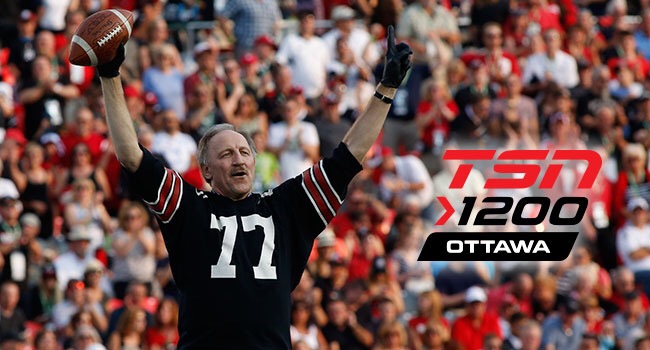 Looks real similar, doesn’t it? At this point, I’d be shocked if this wasn’t the Redblacks’ first foray into retro uniforms.

Thanks for reading! Can’t wait till Thursday!